Get fresh music recommendations delivered to your inbox every Friday.
We've updated our Terms of Use. You can review the changes here.

Under The Shadow Of A Witch 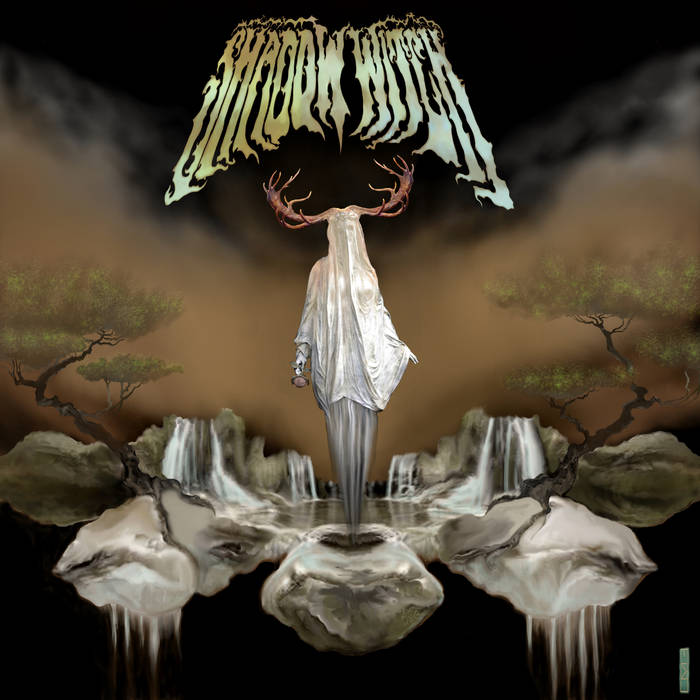 Steve Hahn Under the Shadow of a Witch is another gem mint rockin' collection of clever jams. I recommend that you purchase this and their past work. You will not be disappointed! Favorite track: Spearfinger.

BILL HERRICK I’m not sure what more could be asked of this band by any fan, critic, or even themselves. A top-shelf performance that deserves attention from many more than will likely be exposed, but those in the know will have an outstanding example of the pinnacle of underground sound. Favorite track: Fountain.

Bucky Dripping with sinister progressive textures, metallic grip, and innate groove, Under the Shadow of a Witch shows us that the first two bangers were not flukes and these guys are the real deal. As if that was even a question.

doomcrew Side swiped with this release. Instant buy.Future of Grunge Metal.

UNDER THE SHADOW OF A WITCH

"SHADOW WITCH‘s performance across the span of the full-length as a whole, taken in sides or song-by-song, shines with the feeling of an intention fulfilled. It is the work of a band who went into the studio with a purpose, and who realized that purpose in righteous form. They have, in terms of sound, found what they’ve been looking for this whole time. Preach on, Shadow Witch." JJ Koczan theobelisk.net

"SHADOW WITCH have massively nailed it once again. Absolutely crack musicianship and songs, stellar vocals, intriguing lyrics, and an inviting sound. It’s kind of amazing how they keep managing to not only not quite sound like any other band, but also to not have any of their many songs seem remotely alike. Damned few can lay claim to that, either. ‘Under The Shadow Of A Witch‘ is a powerhouse listen, and it will no doubt ride quite high on many 2020 “best of” lists come many months from now. Well done, gentlemen. Again." David La May riffrelevant.com

"With Under The Shadow Of A Witch, SHADOW WITCH have a real treat for Doom / Stoner Metal lovers and should enable them to become better known. The album is full of variety and joy of playing. If Mastodon is too bulky, Candlemass too predictable, or Alice in Chains too commercial, Shadow Witch could be the perfect alternative. I give it 9/10 and a clear buy recommendation" Michael Geretschläger soundmagnet.eu

"Under The Shadow Of A Witch is another winning album from SHADOW WITCH and will no doubt keep their established fan base and the Doom/Stoner Rock community entertained for a long to come. Well, until their next album. Excellent and Highly Recommended." Steve Howe outlawsofthesun.blogspot.com

"The bands soulful heavy rock grooves, packed with old school values like swing and melody and a rhythmic backdrop that swaggers and struts one minute and is laid back and loose the next. What we are talking here is big meaty grooves decorated with blistering guitar solo's and the odd wash of orchestral mellotron, fronted by the type of vocals: soulful, full-bodied and strong as well as possessing earthiness that many vocalists would trade their right arm for and that sadly, you just don't hear in this day and age anymore." Frazer Jones stonerking1.blogspot.com

"The mighty SHADOW WITCH from Kingston, New York drop another AOTY candidate... Earl Walker Lundy & the boys prove once again there is such a thing as "Instant Classic"' Dave Proger ripplemusic.blogspot.com

"To Shadow Witch’s credit, they waited until their third full-length to spin their band name into an album title. Also to their credit, this next effort is an imposing offering that encompasses heavy metal and stoner rock, ensorcelling the lot with an occult flair. Expect things to get heavier than you might first predict: there’s a surprising amount of bottom-end chug packed into the guitars, straying into more extreme territory, and some of these riffs let their razor-sharp teeth show just long enough to take advantage of the brutalizing tones." Ted Nubel invisibleoranges.com

Bandcamp Daily  your guide to the world of Bandcamp